Queer beyond London is an AHRC-funded collaboration between Birkbeck College, University of London and Leeds Beckett University to research histories of sexual identities and communities in Leeds, Plymouth, Brighton and Manchester since c.1965.

It explores the difference locality makes to the ways sexuality is understood and experienced, and so develops an account of particular ‘queer’ social, radical, and commercial networks. The research will look at how continuities and disjunctions in these local lives and networks articulated with, but also functioned at a distance from, broader currents and accounts of gay and lesbian life in Britain. It considers the local impact and relative significance of famous LGBT landmarks such as the Sexual Offences Act of 1967, the inception of the Gay Liberation Front in 1970, the AIDS crisis from 1981, the activism around Clause 28 in 1988, and the successive pieces of equalities legislation culminating in the Marriage (Same-Sex Couples) Act of 2013. At a detailed and local level, we explore the intersection of sexual, religious, ethnic, class and gender identities and identifications. We will investigate how patterns of local socio-economic growth or decline, of gentrification, of dissent and radicalism, and of migration affected people who identified as gay and lesbian and others who did not but whose sexual, social and community networks overlapped or intersected. In this way we will, firstly, fracture (or ‘queer’) homogenising general accounts, and, secondly, complicate local community research where identity categories are often the starting point.

This will be the first sustained, contextualised and comparative historical investigation of the local impact of changing cultural attitudes and official policies concerning sexuality, and the first to look at the particularities of lesbian, gay or other queer lives in cities with different subcultural associations and reputations. The project reveals the factors which have modulated queer lives and cultures of rejection, toleration or acceptance in these places and elsewhere. It will contribute to debates about the intersection of sexual and other categories of identity and identification, and about conceptions of community, belonging and cultural change. Crucially it will also feed a broader appetite for accounts of the lesbian, gay and queer past and interrogate the individual, community and political implications of that appetite. The project will bridge a gap between ‘popular’ and ‘academic’ LGBT or queer histories, and draw attention to local and national resources, archives, community projects and on-line resources – including at least six HLF-funded LGBT community history projects. It will also garner new testimonies relating in particular to the local impact of those projects on ideas of identity and community.

Research will emphasise intersectionality in analysing identity and community. In particular, this project will explore men and women’s shared community lives since the 1960s and pay attention to the relationship between sexual subjectivities and ‘race’, class and migratory patterns. Migration is a dimension of sexuality history that has yet to be addressed in a systematic way in British historical research.

Queer Beyond London takes a comparative approach by comparing the queer north with the queer non-metropolitan south. Within (and across) these regions it will compare cities that have been prominent as gay ‘hubs’ (Brighton and Manchester) with urban centres including Leeds and Plymouth which have their own distinctive but less widely acknowledged queer subcultures.

This allows us to rethink the assumed national milestones of change in lesbian/ gay historiography from a regional and local perspective. Histories of (homo)sexuality to date have tended to focus on either a generalized national picture or on London, on either men or women, and have been oriented around particular landmarks such as the 1967 Sexual Offences Act. This research will establish the local impacts of legal, social and cultural change across this period, and challenge conventional periodisation with alternative temporal and localised markers.

There are powerful arguments about the significance of neo-liberalism, individualism, and assimilation which suggest that strident difference has been depoliticised. This can be observed, for example, in relation to the move from a conceptual – and in many cases actual – exclusion of ‘queer’ men or women from home and family to an acceptance of same-sex partnership, child-rearing and marriage. We will develop an analytical approach which pays attention to the details and smaller gestures of everyday queer lives in home, family, social and neighbourhood contexts.

We will also explore the development and success of community history projects from the four case study cities. The project will assess the impact of changing emphasis and policy on the part of the heritage sector (including the Heritage Lottery Fund) and local government, and consider the kinds of history that are constituted as a result. It will also ask how community history making has shifted since the first waves of women’s and lesbian and gay activist and community history work in the 1970s and 1980s. 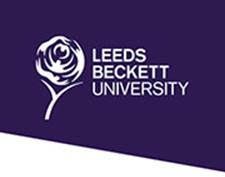 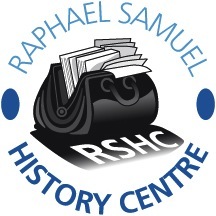