Produced in Brighton, the Spartacus International Gay Guide launched in 1970, listing over ‘3000 homophile meeting spaces’. From 1973, the guide was published annually from Amsterdam, and carried listings on thousands of bars, clubs, hotels and cottaging sites in over 100 countries. Advice and country-specific information was provided in English, French and German: the guide was aimed at gays and lesbians ‘all over the world / dans tout le monde / auf aller Welt’. In 1976, now with added Swedish, the editors explained their choice of name; they sought to ‘lead ourselves and other gay people to greater freedom, just as Spartacus of old did for his enslaved brothers’. Defending themselves against charges of profiteering, the annual guide was described as ‘one of the many gifts of love which we try to create for the gay world.’

The popularisation of gay guidebooks helped construct what Martin Meeker has termed a ‘homosexual geography’, which allowed gay men ‘to see how and where they fit into the gay world’. This paper will explore the role of gay tourism in the 1970s, focusing on the “discovery” of destinations such as the Philippines, facilitated by an era of cheaper air travel. I will explore the presentation of specific localities – Pansanjan in the Philippines, the rural gay scene in West Germany – in order to open up a window onto intersections of the local, the national and the global in changing constructions of queer identity. 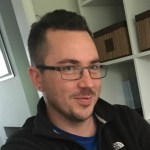 Craig Griffiths is a Lecturer in Modern History at Manchester Metropolitan University. He is currently finishing a manuscript on gay politics in 1970s West Germany, provisionally entitled The Ambivalence of Gay Liberation. He tweets from @ecocraig.