Working-class urban queer lives before the 1970s emerge most frequently through court cases and resulting press reports. They crop up in these contexts more often than those of their middle- and upper-class counterparts because they were arrested more often. Looking at working-class housing like the Victorian back to backs at 50–54 Inge Street and 55–63 Hurst Street in central Birmingham suggests why. These houses were small – one ground floor plus one or two upper floor rooms. There was barely any privacy within these homes: census returns show multiple occupancy in the 19th and 20th centuries, with families and sometimes also lodgers; in Birmingham as a whole in 1961 there was still an average of 1.5 per room (based on all rooms in a household and not only bedrooms).

Having neighbours on three sides meanwhile made the possibility of being overheard very real and living so cheek by jowl meant everyone was potentially under close observation. Shared rooms and beds might have presented some opportunities but queer goings on would not have gone unnoticed. It is likely that there were some blind eyes turned but fear of gossip, censure or worse would have made caution and self policing at home imperative. There were different queer dynamics here to those experienced by wealthier men and women with a more privileged access to private space (though since live-in servants were common until the interwar period, there might be a good deal of reliance on their discretion even in those larger houses).

Queer adventuring and socialising – like socialising and courting more broadly – was best or more easily conducted elsewhere for back to back residents. Perhaps, for example, amongst the actors and theatrical types in the bar at the Hippodrome Theatre (from 1895) and rough pubs further down Hurst Street or the (old) Repertory Theatre on nearby Station Street from 1913 – 1971 (when it moved to a new building on Broad Street). Just beyond was Birmingham Station presented further possibilities for queer encounters – with people, at one remove from home and perhaps with a little time to spare, passing through and in and out of the city. All this within ten minutes walk of our back to backs.

These houses were amongst the 15% of Birmingham households in 1961 to have no independent toilet and the 30% that didn’t have their own bath or shower. Those functions could be carried out in shared privies in the courtyard, in the basic washroom, or else in the public baths around the corner in Kent Street. Here for those with a first- or second-class entry fee to spare there were private bath cubicles together with gender segregated swimming pools and Turkish baths. They were completed in 1852 (the first of 14 established by the Birmingham Public Baths Committee), enlarged and improved in 1930, and finally closed in 1977 – ten years after the back to backs had been declared unfit for human habitation. The opportunities for homoerotic flirtation and more were apparently legion there – and a gay memory project in the city suggests they gained some notoriety in the 1950s and 1960s for precisely that reason. Public lavatories nearby and across the city centre meanwhile provided a free alternative to the back to backs privies – with some further homoerotic possibilities thrown in (for the men at least). Station Street had a public toilet at either end: one underneath the old, bombed out market hall; the other a Victorian underground lavatory which was known amongst the men who used it to pick up as the Silver Slipper after the ballet shop sign just opposite. The latter is remembered as a site for public sex and rent boys right up to its closure in the late 1980s. The city’s canal network – part of which lies just ten minutes walk from Hurst Street – provided further opportunities for sex somewhat away from prying eyes, although like the public toilets it was also subject to police attention – as coverage of cases in the local press attests (for which see the Birmingham folder in the LAGNA archive at Bishopsgate Institute, London.

Whether they knew it or not, the residents of 50–54 Inge Street and 55–63 Hurst Street would have had glancing and maybe more direct contact with Birmingham’s queer milieu. They may not have noticed, they may have been appalled or indifferent, they may have been titillated or intrigued, they may have taken part – either because they saw themselves as queerly distinct or because roughly up until the time these back to backs were condemned, ‘normal’ men (and probably women – there is less evidence) seem to have felt able to enjoy some of the casual queer pleasures offered by public sites and spaces. That we can’t tie a particular case or individual to these particular back to backs shouldn’t lead us to conclude that these houses or the people who lived there stood apart from surrounding queer dynamics. Queer historians have to work with silences and the ephemeral, but layering up material, social and cultural context can lead us at least to some suppositions – the most certain of which is that people living in these streets would have encountered queer people and behaviour in their everyday lives and that those people and behaviours were not easily separable from those of the regular and normal in cramped quarters and a busy city centre.

Around a decade after the last residents left these particular back to backs in 1966, the area saw specifically gay pubs and clubs begin to open – the Nightingale and the Windmill early on, many more thereafter. These specifically gay venues came after the partial decriminalisation of homosexual acts in 1967 and also the consolidation of more out, visible gay and lesbian identities. Several of these venues were and have since been carved out of the area’s old industrial and Victorian remnants – in warehouses and old pubs. Planning permission has just been awarded (2017) to a developer to build new apartments on the site of the former Kent Street baths which were demolished in 2009. These will doubtless be as tightly packed as other new flats in the area but they will afford more privacy and be afforded by men and women with very different economic means than those who lived in the back to backs. Many of them – if other new apartments in the area are anything to go by – will be home to out gay people, wanting to enjoy city centre living and the now rather different queer dynamics of the area.

After some preservation work by the city council the back to backs themselves were taken over by the National Trust in 2001 as an example of a housing type which was common across the central areas of Birmingham until they were condemned and demolished to make way for new development in the 1960s and 1970s (residents were moved to some of the new council housing estates like those on the periphery of the city at Castle Vale and Chelmsley Wood). The back to backs have been curated to help us understand the privations and living conditions of Birmingham’s poor. My suggestion here is that when they are considered in relation to the buildings, facilities and spaces that surround them they also help us to think about the complex intersections of class, sexuality and sexual identity. In 2001 the National Trust hosted a performance for Birmingham’s Shout! Queer Arts festival in these back to backs. This may have been the most overt and public piece of queer expression the houses had seen. It was, however, almost certainly not the first. 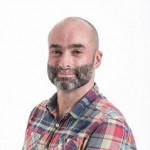 Matt Cook is Professor of Modern History at Birkbeck College, University of London. He is a cultural historian specializing in the history of sexuality and the history of London in the nineteenth and twentieth centuries. In addition to three edited collections on LGBTQ histories, he is author of two books: London and the Culture of Homosexuality, 1885 – 1914 (2003) and Queer Domesticities: Homosexuality and Home Life in Twentieth-Century London (2014). Matt is also an editor of History Workshop Journal.

Back to Back in the Gay Village