Where on earth would a cake become the centre of a legal and religious battle over LGBTQ rights? In Belfast, Northern Ireland.

The now notorious ‘queer cake’ scandal erupted when Gareth Lee, a gay man from Belfast, ordered a cake in March 2014 from Ashers Bakery, a chain of bakers in the Belfast region that supply bread and cakes across Northern Ireland. To mark International Day against Homophobia and Transphobia, Lee’s cake order was to be decorated with the slogan ‘Support Gay Marriage’ and the images of the Sesame Street puppets Bert and Ernie. The events that followed his cake order are, in many ways, revealing of the historical and continuing religiously orientated homophobia in the province, and the difficulties facing LGBTQ lives there. Lee used Ashers because of their advertised service for customised cake decoration. Although Ashers took his order, the firm’s owner contacted Lee saying they would not make the cake, as it was a ‘Christian business’, and returned him his money.

Lee took Ashers to court on the grounds of discrimination, and refusal to provide him with services. The Belfast District Court found in Lee’s favour, and that he had been discriminated against under The Equality Act (Sexual Orientation) Regulations (Northern Ireland) 2006. Ashers appealed the case and they lost the appeal in October 2016. Now, in spite of the huge expense of legal appeal, Ashers intend to take the case to the United Kingdom Supreme Court.

Ashers became something of a cause celebre among Christian campaigners and the owners of Ashers pressed for appeal on the grounds that they opposed same-sex marriage as it is inextricably linked to sexual relations between same-sex couples, and contrary to their deeply-held religious beliefs. Ashers are not the only businesses to fall foul of equality legislation in the UK on religious grounds and LGBTQ equality in services. But the furore in Belfast, recognised by the appeal court judge as being based upon its ‘large and strong faith based community’ and long history of discrimination against Northern Ireland’s LGBTQ community, gave the Belfast ‘queer cake’ scandal a particular salience.

This ambivalence to marriage equality, or to the existence of LGBTQ rights in general, has a long contemporary history in the province. While LGBTQ discrimination could be found anywhere in the British Isles, only in Northern Ireland was there an active, highly vocal and evangelically inspired campaign led by the DUP in the 1970s and 1980s, to ‘Save Ulster from Sodomy!’ and oppose the partial decriminalisation of sex between men. The 1967 Sexual Offences Act, which had partially decriminalised sex between men in England and Wales, was only implemented after a landmark case at the European Court of Human Rights forced the British government in 1982 to impose the law upon the unwilling province. LGBTQ employment rights were imposed on the province through the Belfast Peace Agreement of 1998, and apply only to public sector workers, unlike the rest of the UK.

Gareth Lee’s ‘queer cake’ remains highly symbolic. The case reveals not only the depth of religious objections to LGBTQ equality in Belfast and across Northern Ireland, but also the confidence and sense of right that Christian business owners in the province maintain to discriminate against LGBTQ people. Northern Ireland is by far the ‘whitest’ part of the British Isles, and the numbers of ethnic and non-Christian religious minorities there form only a minuscule proportion of the population. In its sectarian society, Protestant or Roman Catholic Christianity dominates all aspects of life to this day.

Ashers’ objection and refusal to make the ‘queer cake’ is best understood in the context of cultural, social and political norms in the province that resist equality and promote the notion of LGBTQ people as ‘sinners’ and and ‘abominations’. 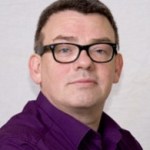 Sean Brady is a Lecturer at Birkbeck, University of London. He is the author of Masculinity and Male Homosexuality in Britain, 1861 – 1913 and has recently edited a critical source edition on John Addington Symonds (1840-1893) and Homosexuality.  His current research examines religion and sectarianism in relation to masculinities in Northern Ireland after 1921, and he is working on a book, Northern Ireland: A Gendered History. He tweets from @bradybirkbeck