In 2013 I began a short oral history project, collecting the experiences of 18 gay people living in Southampton. The aim of the project was to hear from a range of generations on their experiences of living life as gay men and women in a city that does not automatically evoke an association with the LGBT community. The project relied heavily on the experiences of students who had recently arrived in Southampton as undergraduates, but also included older figures, such as 66 year-old Lynne Cunningham and 69 year-old Peter Martin, who were able to contrast these very young and relatively short experiences of being openly gay with a lifetime’s worth of memories. The collection is now held at the Southampton City Archives and can be viewed by appointment.

Lynne was the first person I interviewed and told, I think, the most compelling story. Born in Southampton, she left at 20 to live in Bermuda for eight years. In hindsight she attributed this desire to leave as a means of escape, while still struggling with her sexuality. She then moved to Germany for six years, where she came out and met an English woman while working for the military. She then came back to England, working in London for eight years, before deciding to return to Southampton – conscious that her elderly father was struggling with his health.

Her story was unique in that it told of the comparisons between Southampton and the other places she had lived. Lynne recalled a conservative city while growing up, in contrast to the many younger male and female voices I also recorded who had just arrived in Southampton. She also discussed the restrictions of being a young woman in the late 1950s and early 1960s, and the very real fear that her homophobic father would discover she was gay:

Growing up in Southampton was a very conservative place and my parents were very conservative. […] I felt very very isolated. I didn’t know anyone who was gay, lesbian or whatever, and […] at that time in my life I didn’t want to be gay, it was all too hard and all too scary. So that’s why I suppressed it for many years and wouldn’t acknowledge it; it was when I went to Germany […] I met a number of – initially gay men – and one in particular who became a very very good friend of mine, and still is. And it was with his encouragement that I came out.

She spoke fondly of her time in Frankfurt, and then in London, discussing the gay clubs in both cities – including London’s famous Gateways – and offering comparisons between the two cities. Although she said she did not regret moving back to Southampton, this period in her life coincided with the break-up of her relationship, and there was a sadness in her voice at finding herself alone as an older woman:

When my relationship broke up I was just alone. It was really really hard. I didn’t know anybody, any lesbians. […] As it happened, we did know […] a gay couple who we met and got friendly with only about, perhaps six months before we broke up. And when that happened I have to say, they were a great support to me. One of them introduced me to a walking group in the New Forest, which turned out to be a lesbian women’s walking group, and from that I came across a group, a lesbian group, that operates in Southampton[.]

When contrasted with the younger women I interviewed, it was fascinating to hear how experiences of Southampton could vary. Emma, for example, was just 20 when I interviewed her, and I will always remember her reply when I asked what she thought would have happened if she had not come to Southampton:

For Emma, Southampton was the first place she could fully be herself, while for Lynne it was a place she needed to escape from for the very same reason.

Lynne was a pleasure to speak with, and led a fascinating life, which whether she fully realised it or not was heavily influenced by her sexuality. Her sexuality gave her the impetus and freedom to explore the world, and meet the kinds of people she came to call friends. While she ended up living back in Southampton, her heart was very much in those places she had called home. 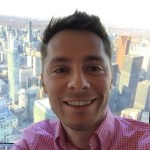 Sebastian Buckle is a historian of homosexuality and sexual identity. His first book The Way Out: A History of Homosexuality in Modern Britain was published with I.B Tauris in 2015. He was awarded his PhD in 2013 from the University of Southampton, entitled ‘Homosexual Identity in England, 1967-2004: Political Reform, Media and Social Change’. Sebastian tweets from @sebbuckle

Southampton’s Hidden Past and Present: An Oral History of the Gay Community