In a 1921 letter, Aldous Huxley described the English colony in Florence as “a queer collection; a sort of decayed provincial intelligentsia.” This remark has been oft-quoted by intellectual historians of the early twentieth century, with a focus on the latter clause. In this paper, I focus on Huxley’s initial clause, describing the English colony in Florence as a “queer collection.” Histories of queer migration patterns often focus on the movement of individuals from the country to city. At this conference, which seeks to reconsider queer migration and localities, I will examine instead the movement of queer people following World War I who fled the metropolis of London for the “provincial” city of Florence, in search of a more congenial legal regime and social context.

Huxley’s account of Florence as a “queer collection” suggests the variety of sexual types who congregated in the city. Sexually-ambiguous spinsters mingled there with wealthy male voyeurs and gay male aesthetes. More than any other group, however, male boy-lovers made Florence their home. Drawing on a rich source base of archival letters and diaries, as well as published accounts by authors such as Huxley, Lawrence, Acton, Berenson, Douglas, West, and Sitwell, this paper re-examines what is meant by “queer” localities. 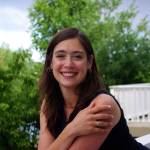 Rachel Hope Cleves is Professor of History at the University of Victoria, in British Columbia, and author of Charity and Sylvia: A Same-Sex Marriage in Early America (2014). She can be followed on twitter @RachelCleves.