The novelist E. F. Benson presented life in the Sussex town of Tilling in his series of camply humorous novels featuring the social rivalry between Miss Mapp and Lucia. These books included male characters such as the effete Georgie and the butch woman Irene and therefore presented readers with a quaint English town that featured displays not only of camp but also of gender transgression. Tilling was based on the town of Rye where Benson lived for a considerable part of his life in a house that had previously been occupied by Henry James. These two writers were not the only notable homosexuals to live in or near Rye during the early twentieth century. Others included the lesbian writer Radcylffe Hall and the painter Edward Burra. In this paper I will be exploring how Rye developed as a focus for queer lives and culture in the interwar period. On one level such an inquiry involves an exploration of the personal connections between a range of more of less famous writers and artists. But at another level this also requires consideration of the role of the English country town as a setting for queer life. Is this an example of the appropriation and queering of a heteronormative environment or should be thinking in terms of abjection and closeted attempts to achieve the appearance of normality? 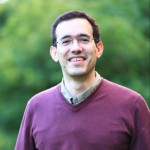 Dominic Janes is Professor of Modern History at Keele University. He is a cultural historian specialising in studies of sexuality and visual culture in Britain since the eighteenth century. His most recent book is Oscar Wilde Prefigured: Queer Fashioning and British Caricature, 1750-1900 (University of Chicago Press, 2016).

‘Even in Arcadia, there am I’: The town of Rye in Sussex and the queering of the English idyll