In the stories we tell about Alan Turing there are lots or erasures, lots left in the unsaid, peripheral or even irrelevant to the making of the gay icon that Turing has become. For example, in the Turing we celebrate largely erased is the young man central to his arrest and undoing, back in 1952: Arnold Murray, the lad he picked up on the Oxford Road in Manchester and for whom he developed a genuine affection. Erased, too, is the local, the world in which Turing was ensnared and yet is not deemed necessary for the telling of his national greatness, or for his emergence as a gay icon. The local is the world in which he was arrested and tried, not Manchester, not the metropolis in which he worked, but its well-heeled suburban fringes, part of the larger county of Cheshire, where he was brought before the Quarter Sessions court in Chester in February 1952.

Turing and Murray were certainly not alone. Other men, who lived relatively close, shared their fate. Indeed, Turing and Murray were just two of twelve men who were charged with gross indecency in Cheshire in 1952, a year in which a total of eighteen men were tried under various pieces of legislation for so-called sexual offences with other men and boys and subsequently brought before the Cheshire magistrates at the Quarter Sessions. Throughout the 1950s a similar number of men faced such charges in the county each year. This paper seeks to understand Turing’s experience in the context of the experience of those other men.

By offering a composite demographic profile of all those men charged with sexual offences, by exploring the vagaries of the legal statutes under which they were charged, by mapping the punishments that were meted out to them, and by analyzing the situations that led to their arrests, these case studies of ‘ordinary’ men will be contrasted with the rather extraordinary case of Alan Turing. The local and the ordinary will be reconstructed in order to challenge the ways in which Turing’s exceptionalism has been used in the telling of a particular kind of story about judicial savagery in the 1950s. Middle class, when most men arrested in Cheshire were not, represented by private legal counsel when other men weren’t, and avoiding prison by agreeing to a course of treatment with hormones that no other men in Cheshire at that time were offered, Turing was unlike most other men who found themselves in the Cheshire courts in the 1950s on same-sex sexual offence charges. It is the experience of those other men, of the lives they led and the legal strictures they faced, that can perhaps tell us much more about queer lives in the 1950s that can Alan Turing, despite what we might like to tell ourselves today. 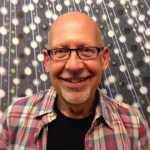 Chris Waters is Professor of Modern European History at Williams College in Massachusetts, where he teaches courses on modern Britain, the philosophy of history, and the history of sexuality. He is co-editor of Moments of Modernity: Reconstructing Britain 1945-1964 and author of British Socialists and the Politics of Popular Culture, 1884-1914, and some thirty articles in modern British cultural and social history. His recent work focuses on the history of homosexuality and the making of the modern self in Britain, on which he has published in GLQ, the Journal of British Studies, History Workshop Journal, and various edited collections. He is currently working on a book about three queer lives that came to dominate discourses either in or about 1950s Britain – Oscar Wilde, Peter Wildeblood, and Alan Turing.

Chris Waters’ paper will be the keynote to Interrogating the Legal: Queer Lives Past and Present and will link to the Queer Localities conference the following two days.

Interrogating the Legal: Queer Lives Past and Present
Wednesday 29 November 2017

Alan Turing in Context: Sexual Offences in Cheshire in the 1950s